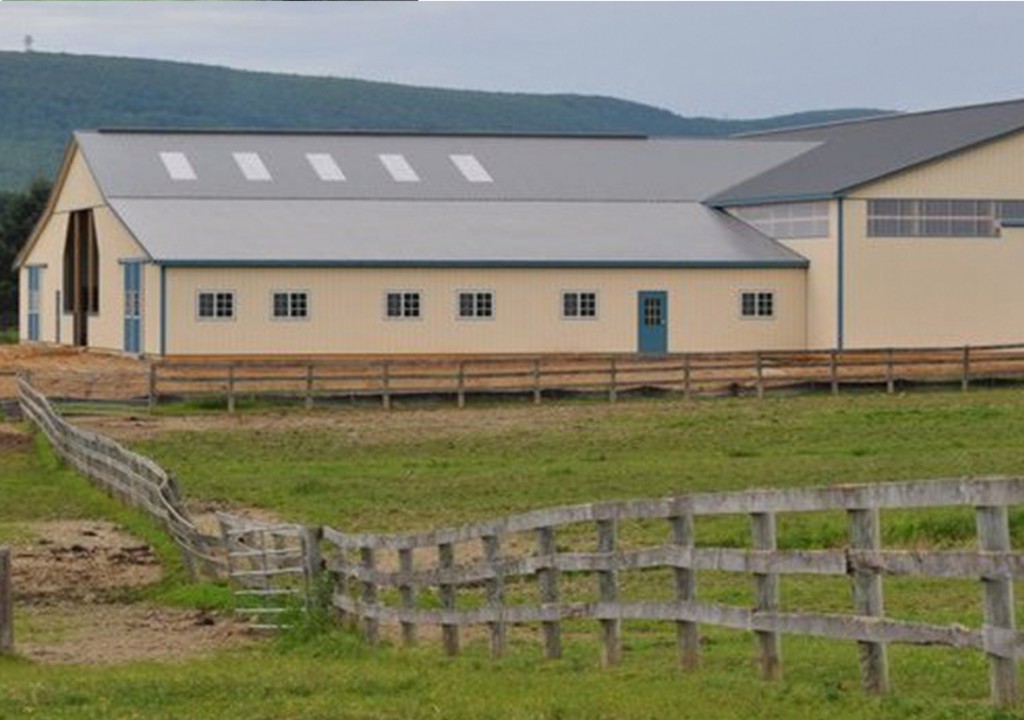 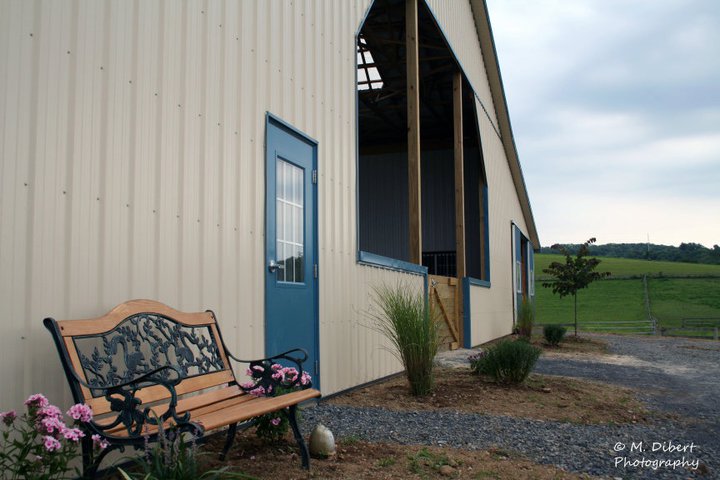 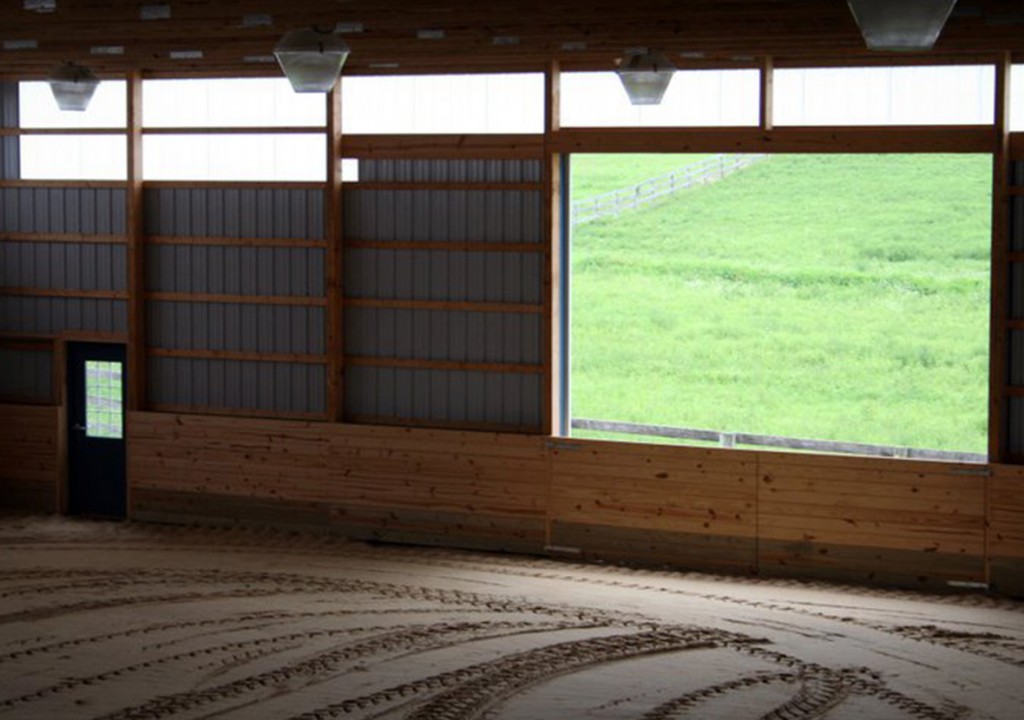 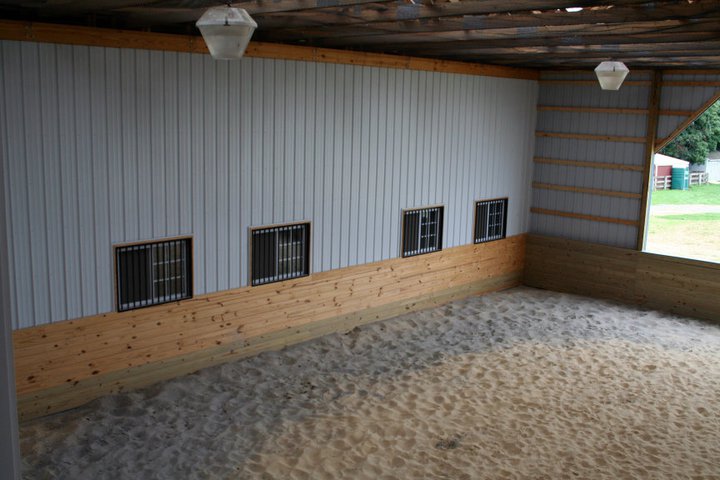 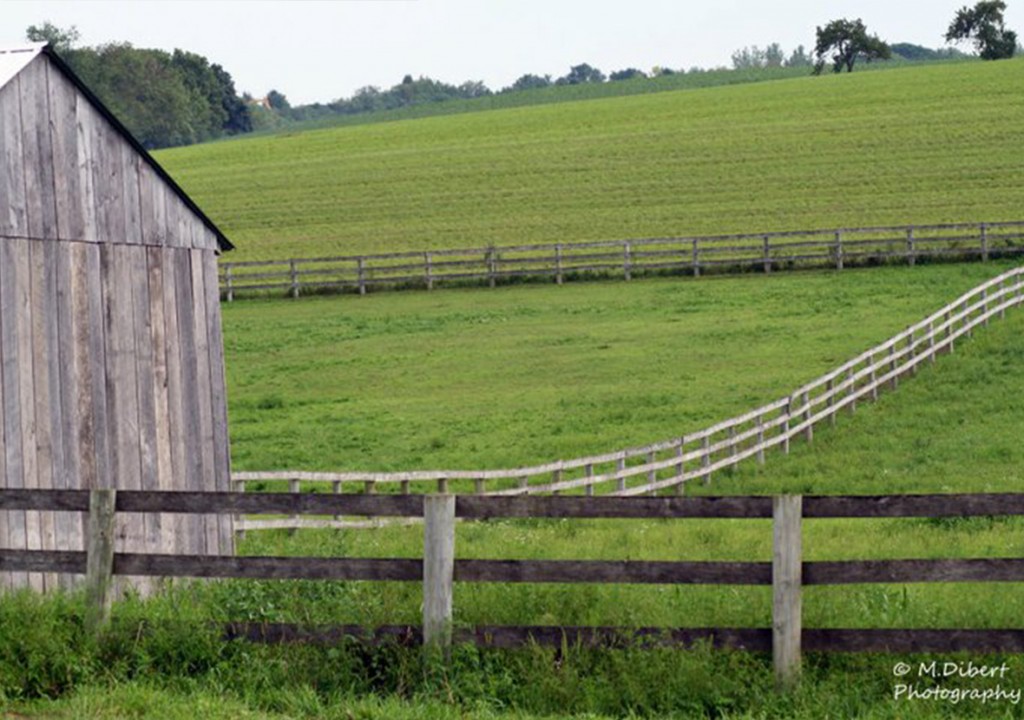 Golden View Farm is situated on almost 50 acres and is surrounded by farmland, hedged in by a mountain and rolling hills. The bank barn was rebuilt in 1919 after a barn fire destroyed the original barn. It was used as a dairy operation for many years until it was gutted and renovated for horses in the 1980’s. Stalls were redone and some added in 1999 to a total of 13. A large heated tack room was added along with hot/cold wash racks.
The indoor barn was finished in 2012 and has 18 large stalls, heated lounge/viewing room, and a heated tack room. Four ready bays with three of them equipped with hot/cold water. Its design incorporates a separate covered round pen tucked between the 2 stall barns. There are many paddocks and large pastures where boarded horses go in and out daily and training horses get some time out in the off season and some modified turnout during show season as needed.